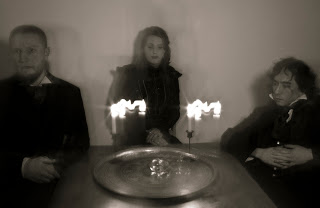 Busy weekend, popped on Riviera FM Friday night for a interview and to play a few tracks live – hopefully should be a recording up at some point.
Was a little tricky playing as my top E broke just before leaving and I had no choice but to put on a B string and tune it up to an E.
The result was a string so taut that it felt like playing on a razor blade – will definitely keep some spare E strings in stock from now on.

Saturday was a fun day of recording some demos with my newest band, The Demagogues.  We’ll probably get some better recordings done eventually but with the use of some pretty tasty kit, we got a few nice tracks down.
Just need to have them mixed and mastered now!

On Sunday we had a little photoshoot with Emily Ings, who took some gorgeous photos of the band.

I’ll sneak a couple in below but hopefully it shouldn’t be long before the band emerges from the shadows at last – watch this space!